This is the fifth post in a series on statistical analysis in Tableau. For other applications, see How to Analyze A/B Tests in Tableau Using Z-Tests.

You may be wondering why we would want to perform an ANOVA test in Tableau, as you can do it in excel or use a calculator found online. Tableau provides the flexibility to easily update your data without needing to rerun everything while also giving you the option to explore other important statistical values in one view. It gives an overall fuller picture that will appeal to a wide range of stakeholders with just a little bit of extra effort up front.

In this example, we are going to be working with a one-way ANOVA to determine if there is a statistically significant difference in the lengths of bean sprouts based on the amount of time they were submerged in water. The length of the bean sprout is our dependent variable and time is our independent variable.

There are two data sets that I am working with. One is the experiment data with different observations of bean lengths based on different time groups. The other is a F-distribution table that I manipulated into a linear format. The F-distribution table is universal for all experiments. I am going to walk through the steps to replicate it yourself, but you can also load your data in the following forward and use my dashboard as a template

After we load both data sets in, I want to right-click on time and convert it into a dimension as opposed to a measure. This may not be applicable to all experiments, but in this specific one we want to look at time as a categorical variable even though it is numeric.

Now to calculate the SS total in Tableau, we are going to use the following formula:

Next calculate the sum of squares of the group means from the grand means (SS between):

With the group means, create a calculated field similar to the SS total, replacing the “Length” with the field “Group Mean” and multiplying it by the number of observations.

While you may do that calculation in tableau, the easier way to do it would just be to subtract SS between from SS total as SS total = SS between+SS within.

Now it is time to calculate the degrees of freedom for both between and within groups.

With the sum of squares and degrees of freedom, we can now calculate the Mean Square(MS) for between and within groups. There formulas are denoted as:

In Tableau, calculate the MS between groups:

Calculate the MS within groups:

Now calculate the F-ratio which is the MS between groups divided by the MS within groups.

That is the end of the calculations. Now it is time to reference the F-table to find our F critical value. This is what we use to compare to our F-ratio to determine if the experiment results were statistically significant.

There are three components we need: DF between, DF within, and the alpha. The alpha value is chosen by the researcher and it represents the probability of type 1 error (rejecting the null hypothesis when it is true).

There are plenty of online resources for tables to find the F critical value or even calculators that generate it. I went ahead and unpivoted a table using Tableau prep and loaded it into the tool. The F critical values change for every alpha value, so I chose the values of 5%, 10% and 15% to load into this tableau workbook to give the user options.

To get this logic to produce one answer that we can add to the dashboard, create a new sheet. The primary data source on this sheet will be the F distribution table that I had created. Drag the fields Alpha, Numerator, and Denominator to the rows shelf. Right click on each and convert them to dimensions. Now drag your Stat Sig field to text. As you can see, that generated a result for each combination of Alpha, Numerator and Denominator. To fix that, I am going to create three calculations that will filter the view only to the correct result.

First is the alpha filter. This will filter the view to the alpha selected. Create a parameter with the data type float that uses a list of values. Input the three different alpha values that I had hard coded into the data. I named mine significance level.

Now create the alpha filter which produces a Boolean based on whether or not the significance level is equal to the alpha value.

Drag that calculation into the filters shelf and select True.

Next create the numerator filter. It is another Boolean now based on whether or not the numerator from the F-table equals the DF between. I am wrapping the numerator in a sum function so that we are comparing aggregate functions.

Drag it to the filters shelf and select True.

Drag it to the filter shelf and select True.

Now right click on Alpha, Numerator and Denominator in the rows shelf and uncheck Show Header. Format the text as you would like. Now you have a simple statement. In our case, the F ratio is greater than F critical value so the null hypothesis is rejected

Next up, assemble the dashboard. I am going to add some additional metrics and a box plot to round out the analysis. For the ANOVA metrics, I am going to format the same as you would see in most softwares ANOVA outputs

Make sure to add the final result statement as well as the parameter to change alpha values to the view.

Here is my final dashboard. If you take your experiment and put the data into the same format, you can load it into this templated dashboard to analyze your own results. Some minor formatting might be necessary (maybe removing my animation in the top right corner) but other than that it is flexible enough for a wide range of experiments.

Stay after it,
Maddie

Level Up with Playfair+ 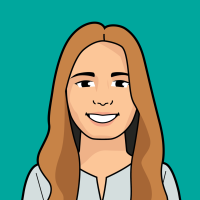